“The priority for us is the implementation of the Joint Declaration that was signed in the context of the 3rd High-Level Cooperation Council, which took place in December 2019, in Athens. Unfortunately, the pandemic blocked its full implementation. But we look forward to implementing it as soon as conditions allow,” Dendias said after his meeting with his Serbian counterpart.

“We want our economic and trade relations to grow and deepen, along with our cooperation in important sectors such as energy and defence. Regarding energy, we discussed how to enhance connectivity between the countries in the region. And with regard to transport, I proposed – and I thank you for accepting this – a trilateral meeting between us and North Macedonia to discuss connectivity in our region,” Dendias said.

Monitoring Turkey’s actions in the region

The Greek Foreign Minister said Greece is also monitoring Turkey’s intentions in their wider region and the effort it is making to use economic, religious and cultural means to affiliate itself with countries in the region, and especially with the Muslim population. “This is an issue that we are always monitoring carefully,” he said.

“As I said in our meeting, I intend to travel to Ankara in the immediate future, next week, under the condition, of course, that the right climate exists. Under the condition that Turkey does not proceed to provocative actions that will block my visit. So, we hope that, this time, the Turkish side will abstain from such actions,” Dendias said.

After the joint meeting between Cyprus, Greece and Serbia, Christodoulides said the three ministers had the opportunity to review the prospects for further strengthening the existing strong bonds of friendship and cooperation between the three countries. “Our goal is none other than the creation and promotion of a positive agenda, for the benefit of our peoples, with the overarching goal of enhancing stability and prosperity in the wider region of the Western Balkans and the Eastern Mediterranean. Drawing on the experience of such formations with other countries I am certain, that our contacts and cooperation in the near future will be intensified at all levels, so that further tangible results will emerge in specific areas in the very near future,” Christodoulides said.

The Cypriot Foreign Minister said they discussed energy issues and ways of cooperation, taking into account Serbia’s interest in energy developments in the Eastern Mediterranean, as manifested by the country’s participation in a recent meeting in the framework of energy cooperation between Cyprus, Greece and Israel. “Strengthening our economic cooperation through joint actions that can stem from the implementation of our strategy for economic diplomacy, was also discussed given the strong prospects for cooperation in this area, and we agreed to organize a Forum that will bring our business communities together,” he said.

Christodoulides also briefed his colleagues on the latest developments on the Cyprus issue, in view of the informal Conference to be convened at the end of the month in Geneva. “The sole goal is the resumption of substantive negotiations from the point where negotiations stopped at Crans Montana, to reach a comprehensive solution to the Cyprus problem that will really reunite the country on the basis of a bizonal bicommunal federation, in line with relevant UN Security Council resolutions and EU law, values ​​and principles, without anachronistic systems and structures that have no place in the 21st century,” Christodoulides said, adding that, at the same time, the EU’s meaningful participation in the discussions on resolving the Cyprus problem, as well as the existence of a climate conducive to a solution, without provocative statements and actions, either on land or at sea, are essential components for a successful outcome of the ongoing effort.

“We also held a very open and constructive exchange of views on the latest developments in the Western Balkans, as well as on the European perspective of the countries in the region. On this occasion, we reaffirmed our strong support to Serbia’s accession process and expressed our willingness to continue to provide all possible assistance, both politically and at a technical level, for the fulfillment of this strategic objective,” Christodoulides said.

For his part, Selakovic said he discussed with his colleagues the European future of Serbia. They also agreed to meet every six months to talk about topics from several areas of interest to Serbia, Greece and Cyprus.

Selakovic pointed out that they also discussed economic cooperation, infrastructure, strengthening ties, energy, gas supply from various sources and various routes, and pointed out that the main goal of Serbia in regional policy is to preserve peace and stability.

He added that the ministers agreed that greater cooperation is needed in the field of tourism, agriculture, and the IT sector.

Selakovic thanked Greece and Cyprus for their principled support in preserving the sovereignty and integrity of Serbia, but also in terms of European integration, and pointed out that Serbia supports Greece in continuing the dialogue with Turkey. 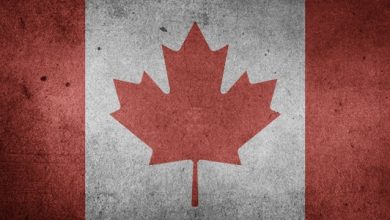