The Coalition of Supporters Unions of Africa (COSUA), the pan-African organization operating as a partner to the African Union which uses sports to build African unity, has sent a message of congratulations to Africa’s mining magnate, Dr. Patrice Motsepe, on his assumption becoming the new president of the Confederation of African Football (CAF).

Motsepe is a South African mining billionaire businessman of Tswana descent. He is the founder and executive chairman of African Rainbow Minerals, which has interests in gold, ferrous metals, base metals, and platinum. Motsepe sits on several company boards, including being the non-executive chairman of Harmony Gold, the world’s 12th largest gold mining company, and the deputy chairman of Sanlam.

In 2012, he was named South Africa’s richest man, topping the Sunday Times’ annual Rich List. As a philanthropist, in 2013, he joined “The Giving Pledge”, the well-known club of world billionaires that are committing to give half of their wealth to charitable causes.

Motsepe is also the owner of African football giant, Mamelodi Sundowns, and due to this connection, he is “expected to take African football to dizzying heights at global levels”, stated Advocate Sarfo Abebrese, the Founding President of COSUA, under whose hand the letter of congratulations was issued.

Abebrese described Motsepe, who is the brother-in-law of South Africa’s current president, Cyril Ramaphosa, as “a true son of Africa who is motivated solely by a burning desire to make African football great again.” Abebrese pledged his organisation’s support to CAF under the leadership of Motsepe to ensure, “not only that Africa hosts the World Cup again, but also that Africa wins the trophy in the very near future.”

“Under the able leadership of Your Excellency, the new President of CAF, COSUA has high hopes that the long-cherished dream of getting every African involved in supporting African football from the grassroots, will be realised.”

The statement explained that COSUA seeks to ensure their goal by mobilizing over 5,000 fans from all 55 African countries to support the 5 African teams that qualified for the upcoming FIFA World Cup in Qatar next year. This would set the stage for massive African support in similar competitions around the globe in subsequent years.

“African unity is crucial. We have always believed in the power of sports, and especially football, to achieve it. Now is the time to put this belief in practice, under the leadership of the venerable Patrice Motsepe, at whose touch, everything literally turns to gold,” Abebrese concluded. 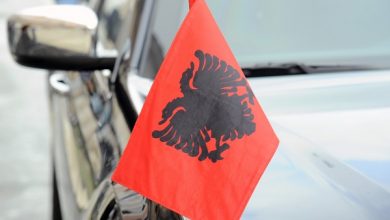