ATHENS – Amidst a major uptick in the number of migrant arrivals landing on Greece’s eastern Aegean Islands, Greek Prime Minister Kyriakos Mitsotakis summoned his cabinet on 30 September for talks on how to speed up the asylum process and build new housing facilities, moves that would give the government the ability to transfer several thousand migrants from overcrowded camps to more suitable facilities on the Greek mainland.

Mitsotakis reportedly opted to call in his closest advisors to discuss the matter Turkey following the death of a woman and a child in a fire at the overcrowded Moria refugee camp on the island of Lesbos. The deaths came at a time when the number of migrants arriving from Turkey has steadily been on the rise in recent weeks.

The fire at the Moria camp was later extinguished, but the police were later forced to fire tear gas at the angry crowd that had gathered to protest the two deaths. At least 17 people were injured in the ensuing clashes.

Since coming into office in July, the Mitsotakis’ government has taken the view that solving the ongoing migrant crisis is a top priority for the new administration. Sources close to Mitsotakis told New Europe that the government is trying to take a realistic approach when coming up for solutions to the migrant issue, including using the term “migrant” rather than “refugee” to describe a crisis that first began in the summer of 2015.

Part of the Mitotakis government’s new approach to the matter includes closely scrutinising the place of origin of those who are now landing on the Greek islands. Very few of the new arrivals are from conflict zones like Syria and Afghanistan, which has helped the Mitsotakis government move away from the poor handling of the migrant crisis by the previous leftist government of Alexis Tsipras, who mostly focused on addressing the humanitarian aspect of the refugee crisis, but did far too little when it came to providing suitable sanitary living conditions for the more than 70,000 migrants that are awaiting their asylum applications to be processed and failed to alleviate the economic burden on the islands who have been hosting the refugees for more than four years.

The Greek government plans in the coming days to introduce new draft legislation that would reduce the time needed for the asylum processes, which currently can last from several months to years.

The Mitsotakis government wants to set clear timelines for the country’s primary and secondary administrative asylum committees and streamline the appeals process. According to government officials and lawmakers familiar with the new draft proposal, the goal is to have asylum applications processed within 100 days.

As part of the overall plan to overhaul the living conditions for the migrants, Greece’s Defence Ministry has presented a list of unused or shuttered military facilities on the Greek mainland which could be transformed into new sites that would be suitable for housing several thousand refugees.

Some of the sites would be designated as “closed” facilities, or detention centres, where illegal migrants whose asylum applications have been turned down will be transferred before they are repatriated to their country of origin or to Turkey. The broader plan, however, is to move as many people from the islands to the mainland in as little time as possible. Sources within the Civil Protection Ministry have claimed that the Moria refugee camp most of its 13,000 inhabitants transferred from their squalid conditions to new sites on the mainland within the next two months.

A key component of the Mitsotakis government’s revised approach to the migrant crisis has been their stated readiness to better guard Greece’s national borders as well as those of Europe with more boat patrols by the Hellenic Coast Guard near the maritime territorial boundaries that separate Greece and Turkey.

Athens has been in close contact with officials from Frontex – the European Border and Coast Guard Agency – in the hope that they can create a wider scope of cooperation between the Greek border services and their EU counterparts when patrolling Greece’s territorial waters and the Turkish coast.

Greek officials are, however, increasingly in full agreement that their efforts to manage the migrant issues and improve the situation in the country hinges on the Turks’ continued implementation of 2016’s EU-Turkey Statement, whereby Ankara pledged to make greater efforts to limit departures of migrants towards five Greek islands that are closest to the Turkish coast.

Mitsotakis is said to be ready to broach the particular question about his approach to the refugee crisis at the upcoming European Council meeting scheduled for 17-18 October. 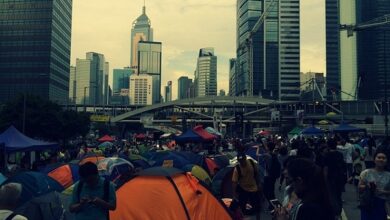 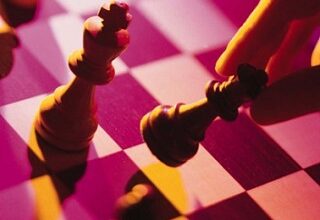