In a joint statement, 16 members of the Organisation for Security and Cooperation in Europe (OSCE) said Russia has failed to address severe human rights violations in the semi-autonomous region of Chechnya.

The statement was delivered to OSCE by the Danish delegation to the organisation on behalf of the delegations of Belgium, Canada, Denmark, Estonia, Finland, France, Germany, Iceland, Ireland, Latvia, Lithuania, the Netherlands, Norway, Sweden, the United Kingdom, and the United States.

It was issued 17 months after a fact-finding report, called Moscow Mechanism Report that was presented at the OSCE, said the authorities in Chechnya had committed “very serious” human rights violations and abuses.

The OSCE members stressed that “the climate of impunity” continues to prevail, citing continuous attacks against journalists, human rights defenders and the LGBTI community. According to their statement, those groups of people are being harassed and persecuted, unlawfully arrested, subjected to torture and even extrajudicially executed.

The countries called on Russia to fully implement the recommendations included in the report, calling the situation in Chechnya “deeply worrying”.

“We will continue to raise our concerns with regard to the numerous credible allegations of ongoing serious human rights violations and abuses in Chechnya until we receive a substantive response from the Russian Federation and observe tangible progress in the region,” their statement reads.

The leader of Chechnya, Ramzan Kadyrov, since appointed by Vladimir Putin in 2007, has been implementing aggressive measures to rule the region, leaving no space for minority groups, journalists and activists.

Amid the Coronavirus pandemic, Kadyrov said in an interview to state-run media that people who fail to self-isolate after testing positive for COVID-19, should be killed. After his statement circulated in Russian media, people who spread the news apologised for their move, with human rights groups citing fears that the confessions were coerced. 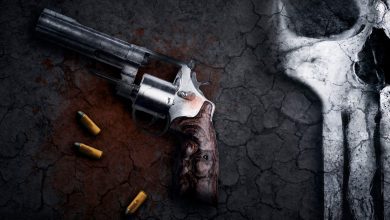