According to the EU institutions, workers continue to be exposed to substances that include carcinogens. At the moment, 21 substances that have already been limited or proposed to be limited and the European Commission recently proposed to limit workers’ exposure to cadmium and its inorganic compounds; beryllium and inorganic beryllium compounds; arsenic acid and its salts, as well as inorganic arsenic compounds; formaldehyde and 4,4′-Methylene-bis(2-chloroaniline), also known as MOCA.

European Commissioner for Employment, Social Affairs, Skills and Labour Mobility, Marianne Thyssen, said that on behalf of the Commission, that the campaign to raise awareness and to actually limit workers’ exposure to cancer-causing chemicals will continue.

“This is a key priority for the European Commission because the European Pillar of Social Rights entitles workers to a high level of protection of their safety and health at work. EU-OSHA’s campaigns are leading the way in reaching workplaces across Europe and helping organisations adopt effective approaches to occupational safety and health management with the necessary tools,” added Thyssen.

EU-OSHA’s campaign has the backing of Bulgaria’s  Deputy Minister of Labour and Social PolicyLazar Lazarov. the current holder of the Council of Ministers rotating presidency, who underlined the importance of improving awareness of the existing rules and regulations and how best to comply with them

A multilingual website to support the campaign, along with an e-tool that is already accessible in English, will soon be available in three country versions (Austria, Estonia and Romania).  A database of almost 700 practical tools and guidance documents from 11 member states (Austria, Bulgaria, Germany, Spain, Finland, France, Italy, Poland, Portugal, Slovakia and the UK) is also available. 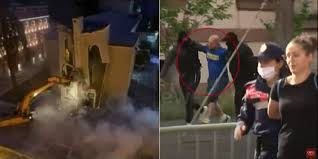 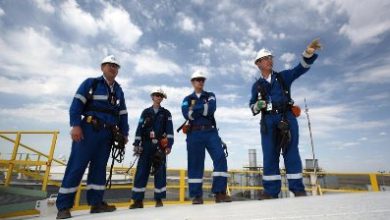